And so our train arrived in the Uzbek Capital of Tashkent, where we would be staying whilst we applied for our Chinese Visa. The first two hostels we attempted to find no longer existed – a disadvantage of buying old guidebooks off ebay – but fortunately after cycling across the city, we got lucky on the third attempt! The hostel owner apologised because the only beds they had available were in a tiny room with just two mattresses on the floor and no other furniture. If we wanted to stay, we could have the room at a discount  and at the same price as a dorm bed – what a result!! We settled into our tiny cupboard and started getting ready to apply for our visa. Tim shaved off his beard, new passport photos were taken, and we spent an entire day ‘generating’ the documents that would be required to support our application. The next day we donned our smartest clothes and arrived at the embassy just after it opened at 9am only to find  that there was already a substantial queue. We knew the embassy would close at noon so we stood in line in hope. After three hours we were getting close to the front when some words were uttered by the guard and the queue dispersed, we hung around for a while to hear the words we suspected; “closed!” DOH! With the embassy only working three half days a week, we now had a day and a half to wait before we could try again! 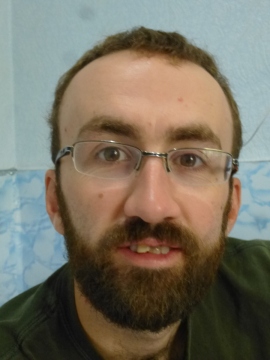 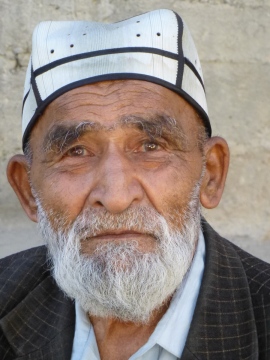 Uzbeks most wanted: Do you know these men?

The following day we walked the entire town in search of a replacement bicycle pump (ours had been taken by the kids at Moynack) and we eventually found one at a sports shop in the local Bazaar. We then headed back to the hostel to relax and get ready for an early start to the embassy again the next day. Waking at 06:00hrs we arrived at the embassy two hours before it opened to find that there was already a substantial crowd of people again, but no formal queue. After some investigation we found that there was a piece of paper with a list of names – we had ‘places’ 35 & 36. The police eventually did some work and formed the queue (in number order). We got into the embassy at 10:30hrs (another 3 and half hour wait) and they accepted our documents no problems… did that mean we were successful? With no express service available we would have to wait nervously for six days to find out!

We desperately wanted to get pedalling, get back in the tent and out of the paid accommodation, so had planned to pay for the express visa service, but we now found ourselves stuck in a capital city with no real tourist attractions! The Chinese embassy had unexpectedly kept our passports and although we had photocopies, we didn’t have a copy of our Uzbek visa. With police standing  on every street corner, subway and metro station conducting document checks at random, we were nervous to stray too far from the hostel. We used our time to get up-to-date with the blog (hence the recent run of posts – normal service will be resumed soon!), clean the bikes for the first time (!), chill out and socialise with the other cyclists who passed through the hostel.

Of the cyclists we met at the hostel – some were familiar faces – NZs Ollie and Anna, who we had recently met in Samarkand, and English Alex whom we’d met in Baku. Also in town were more of the Baku-crew, Swiss/Aussie couple Annina and Paul. It was really great to catch up on all of their latest stories over a meal and a drink.

Eventually realising that as a couple, we were immune to pestering from the police (unlike the suspicious looking single guys who were getting checked every time they rode the metro), we ventured to the Aquapark and spent the afternoon splashing about in the pools as well as whizzing down the slides, some of which were alarmingly lacking in safety measures! We also had a ‘sprint’ race on the local karting track – it was a great outdoor course, but there were only two karts, you paid by the lap, there were no marshalls and no crash helmets! 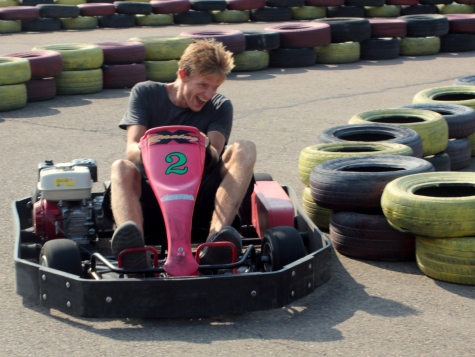 So on day nine we returned to the Chinese Embassy to collect our passports, hopefully with visa inside! Arriving an hour and half before opening we were once again greeted with a big queue and a list of names, this time we were 24 and 25.  The embassy was only open for collections for one hour and it opened half an hour late! Would they close on time leaving us without our passports for another weekend? Fortunately, we made it past the security guard but there was one last unforeseen hurdle to cross! We handed over the required money, but they returned the $100 note saying “change, change”, a bit confused we gave them another $100 note but got the same reply “change, change”. It was then that we realised why everyone outside was breaking their notes into $50 or less – the embassy didn’t accept 100s!! Fortunately we had two $50s and with that our passports were thrown back at us….. that must mean we had a visa, right? A quick scan revealed we’d hit the jackpot – both getting 90 day visas! Woohoo – we’d completed our visa mission meaning we could continue with the trip!